This turntable makes use of traditional frame design which was established by the famous turntable manufacturers of the 50’s and 60’s. It uses a compact simple and elegant form factor. The Classic incorporates a combination of approved belt drive design using a low noise AC motor with an ultra precision frequency DC-driven AC generator (like Speed Box) for ultimate speed stability. Advanced technology for decoupling and a completely new designed tonearm are also used.

call us at 9819257839 before you buy to discuss technical suitability.
Categories: Turntables, TURNTABLES AND PHONO STAGES
Product categories
AllACDFIMNOPRTVW 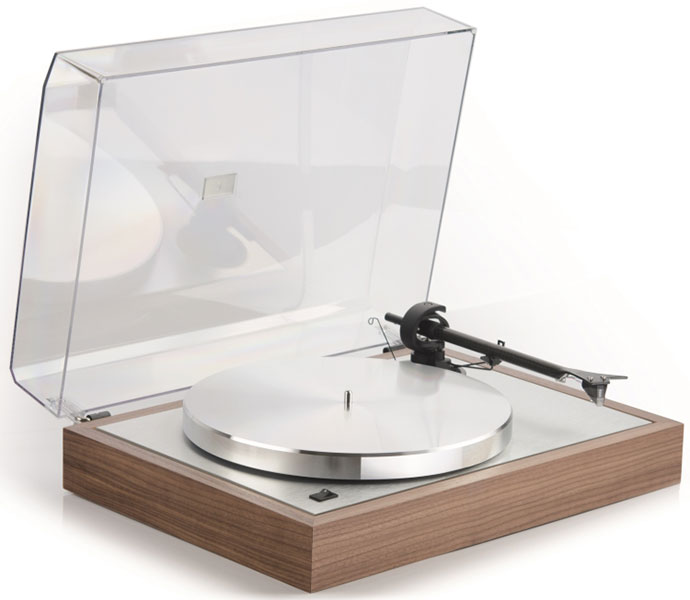 In the introduction to the presentation that he held in Brussels, Heinz Lichtenegger, the founder of Pro-Ject, with enthusiasm of a fan of records and music, told that he sold the first turntable in his mother’s gas station, using her registered company. In the first year, in its hometown, which then numbered about 2,000 people, he succeeded in selling about 50 Thorens TD166 MkII. Many years later, more precisely in 1990, when he began to construct and produce turntables, Heinz’s credo was that analog reproduction is the most economical way of listening to music in audiophile quality. Then, of course, he could not predict that the vinyl renaissance would turn the turntables and records into desirable objects with not so economical prices, but he continued uninterrupted thread from his first turntable to this day. It is not, therefore, a surprise that he decided to make the classic creation on the 25th anniversary of Pro-Ject. 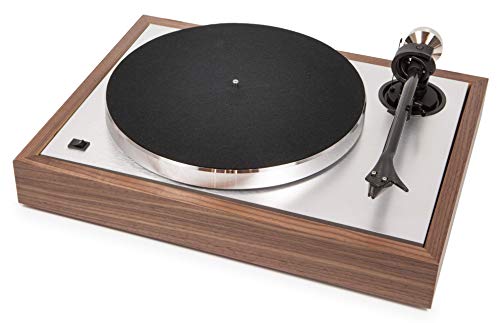 The Classic is deja vu. Just as the name says, as a classic turntable. A discreet rectangular box with a fine furnace, an aluminum plate, a polished platter, and a Pro-Ject transparent cover, succeed in bringing the turntable into the home as it has been in it since the seventies, but as a brand new. If the carbon arm is excluded, nothing on this turntable gives any technical solutions and tone enhancements built into it. The main idea was to offer a turntable not for tech lovers, but for music lovers, who will be fully equipped for fine-tuning and playback, without the need for adding and installing more or less expensive accessories.

The turntable box with the base is made of MDF and relies on the surface with four adjustable feet with felt support and damped thermoplastic elastomer, which should eliminate the need for installing the spikes later. TPE is a rubber-like material which, depending on the composition of the mat, offers different hardness, therefore, different resonant frequencies, and is quite useful in this turntable. In the box, next to the motor, there are six TPE balls instead of springs, placed in the ellipse, floating on an independent chassis made of aluminum sandwiches and MDF. The chassis does not touch the sides of the box and carries the tonearm and the platter. The precision bearing is almost identical to the design in the Debut model; This is a shaft made of polished steel in bolt of sintered bronze and Teflon, but with one important difference: the bearing is made with ten times less tolerance (0.005%), which is reflected in a lower background noise during rotation, which enters the total sum of the noise. On the pulley with the shaft lies the platter, which is also enhanced. Unlike earlier molten or stamped platters that used to ring, the platter was cut from a single piece of aluminum alloy and then damped close to the edge with the fillings of two different TPE mixtures.

The tonearm with the integrated headshell has also been improved. The already known combination of the aluminum tube that dampens vibrations, coated with carbon fibers for rigidity and speed, now has a whole new touch and suspension: the support points in the shaft are made of synthetic diamond, and on the underside is the bearing of Japanese production. This construction allows wiring to pass through the axis and the arm base and does not complicate its angular movement. The counterweight has a TPE fill, which reduces the resonance of the tonearm free end to the half. Non-standard for this price range is the ability to adjust the inclination and azimuth of the tonearm, expanding the choice of cartridges that can be mounted on this turntable. Also, the tonearm compliance is in the medium range, so it fits very well with the MC cartridges. In the standard package, the turntable is supplied with the Ortofon 2M Silver cartridge with silver wire coils and cartridge screws in its production. The wiring is made to the back of the base, where two gold plated RF connectors and screws are placed. The drive motor is AC with electronic regulation via a DC inverter, similar to the Speedbox. It is placed in the lower chassis and has a two-stage gearbox for speed change. As it is hidden beneath the platter it is necessary to remove the platter so that you can switch the belt. Although not often expected to play at 45 rpm, this remains an objection to the design. The Classic comes packed with a lot of useful stuff. In the box, you will find a Connect-It E interconnect, a felted mat, a mechanical scale, a three-scaled protractor, an anti-skating weight, a single record adapter, wrenches, a spare TPE ball, a pair of gloves and a magic cloth. We are not sure how much the cloth is suitable for wiping the acrylic lid, so we advise you to use a softer material for your The Classic.

In addition to the standard package, for the additional 500 $ The Classic is supplied with Superpack equipment, which includes the Ortofon MC cartridge, Van den Hul interconnects with no silver, leather mat, electronic speed selector and the clamp. 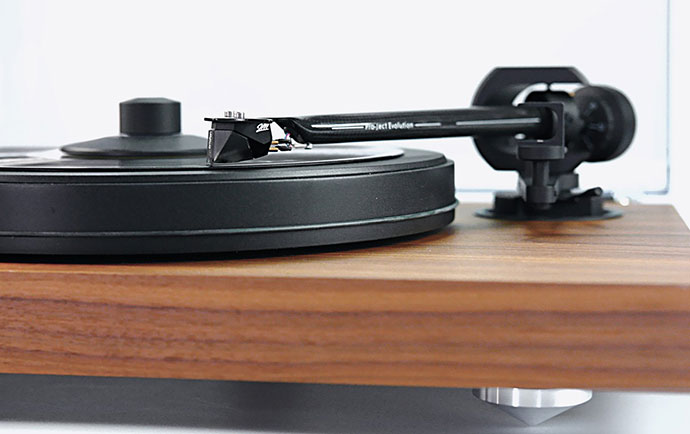 We had the opportunity to listen to the Classic in the home system and the home conditions, but also in the reference Pro-Ject system, via the phono preamp Pre box DS2 connected to the MaiA DS2 integrated D-class amplifier and Triangle Antal EZ speakers. The music material was a particularly remastered reissue of Maler’s Second Symphony (Vienna Philharmonic, Mehta) on Decca’s 1975 label. Two 180-gram vinyl in a limited edition of 2,000 and with a Pro Ject logo are intended exclusively for collectors via distributors.

At the very beginning of the first musical paragraph, it could be noted that the background was extremely silent, which subsequently delivers more fine details in the foreground. String in a strong start and delicate brass section in the background have their natural colors, and the turntable reveals all beauty of the analog recording. The strings have a silken, gentle and full sound. Cellos and basses are well defined not only by their depth but by the articulation and color of the instrument. In the lower range, the differentiation of different string instruments and percussion is very good, and this is not at the expense of their dynamics and tightness. The Classic very good resolves complex music information, and the proof is the wealth of the whole of the eighty distinguished musicians.

The sound of the parts closer to the center of the record does not give any indication of graininess or less separation of the channel, which could be confirmed by listening to silent passages and separated strings with clear positions on the left and right sides. This means that the tonearm and the cartridge follow the groove precisely and at the right angle, with the barely rising augmentation of the high sibilances. 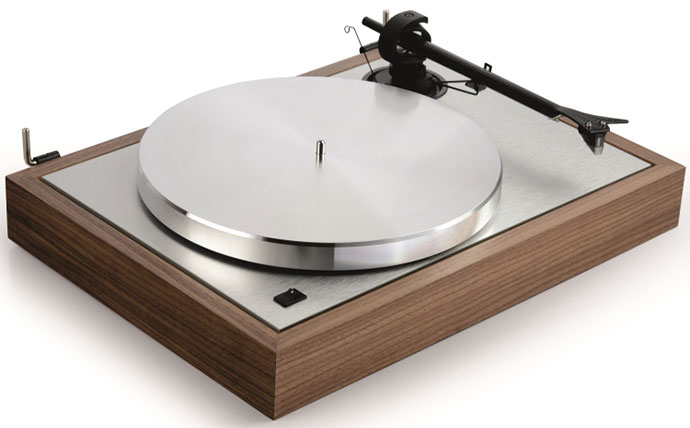 In the overall impression, the only objection of the sound is a somewhat darker tone, which reduces the spatial information and the size of the sound stage, which is, however, proportionate and with a quite accurate positioning of the instruments, but it happens that the instruments after the initial transition are slightly lost in the mass of the orchestra. The reason probably lies in the combination of the tonearm and the cartridge, so it is therefore easy to remove it by replacing the cartridge. 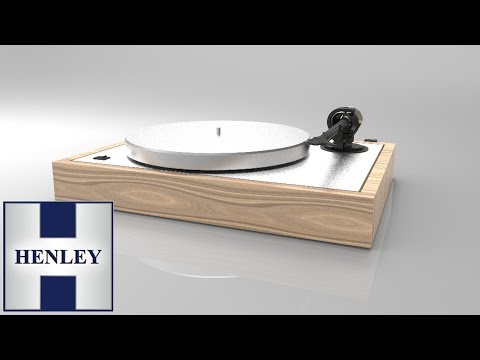 Critical listening to music components leads to the danger of losing sound as a whole out of sight. The Classic has passed all the individual analytical listening tests very successfully, but they did not draw attention from the overall musical impression. The Pro-Ject jubilee turntable is a very good set of components and performances designed for those looking for a simple, but the good quality solution for the turntable, without dimming into the vinyl voodoo water. His pleasant sound and excellent performance, in which we do not have much to worry about, the audiophiles will much appreciate. If your high-quality vinyl collection and a free place on the shelf are awaiting for a turntable, this can be one of the best choices in the current year. Experimenting with other cartridges may raise the reproduction of this turntable to an even higher level.